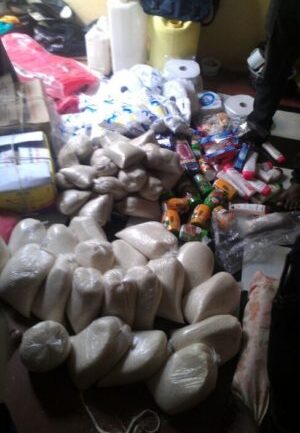 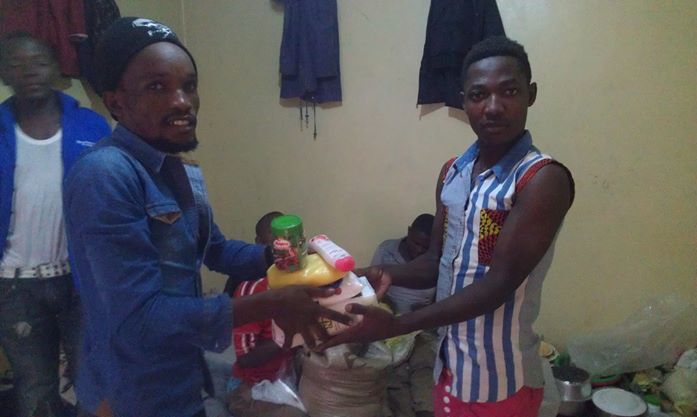 In February 2014 many Ugandan LGBT people (including members of YRF) fled to neighbouring Kenya and Kakuma Refugee Camp to escape persecution and mob attack following the signing of the 2014 Anti-Homosexuality Act by President Museveni. However, almost all Ugandans arriving at the refugee camp were automatically assumed to be an LGBT person by other refugees. When this became known, the other refugees in the camp turned on them and they were subjected to further homophobic attacks and forced to leave and survive in the slums districts of Nairobi. But the persecution did not stop and corrupt Kenyan police continued to extort money from them with threats of arbitrary arrest. In July and September, with the backing of Rainbow International, Frank Kamya of Youth on Rock travelled the long and arduous bus journey from Kampala to Nairobi to deliver essential supplies. Many of the people in the photos (below) have now been resettled in USA, Canada, and elsewhere by the United Nations High Commissioner for Refugees (UNHCR).