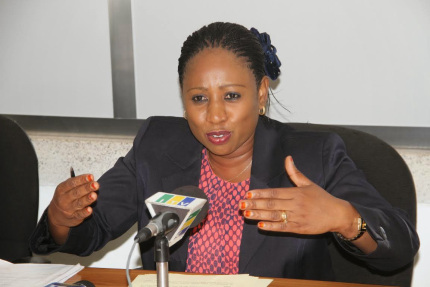 Tanzania is intensifying its denial of health care for LGBTI citizens in the wrong-headed belief that doing so will reduce homosexuality.

Late last month, Tanzania’s health minister announced the suspension of HIV/AIDS prevention programs for gay men. Without such programs, a higher rate of HIV infection is likely among men who have sex with men, which includes many who also have sex with women, to whom they will continue to spread HIV.

The latest move follows September’s threat to ban Tanzanian groups working for LGBTI rights and July’s crackdown on import and sales of sexual lubricants on the theory that, without them, homosexuality would decrease in Tanzania.

HIV / AIDS has long been a beneficiary of Tanzanian homophobia. A report in 2013 documented a wide range of abuses in the health sector, including denial of services, verbal harassment, and violations of confidentiality of members of at-risk groups such as LGBTI Tanzanians. On paper, Tanzanian HIV/AIDS policy calls for efforts to reduce stigma against marginalized groups, and authorities have taken some measures to do so.

But the report by Human Rights Watch and the Wake Up and Step Forward Coalition in Tanzania (WASO) identified dozens of cases in which health workers turned away sex workers, LGBTI people, and drug users from health facilities without offering services, or publicly humiliated them.

Ummy Mwalimu, Tanzania’s minister for health said the government had received reports that some local non- governmental organisations (NGOs) were promoting and normalising same-sex relationships as part of their HIV programmes.

Gay sex is illegal in Tanzania and punishable by up to 30 years in prison. …

The East African country has a reputation for being more tolerant towards LGBT people than its neighbour Uganda but recent comments attacking the group have sparked fears and condemnation from activists.

There are 1.4 million people living with HIV in Tanzania, some 5 percent of the country’s population, according to government statistics.

HIV prevalence among gay men is higher at 25 percent.

John Kashika, of Community Health Education Services & Advocacy NGO, said suspending HIV/AIDS programmes for some LGBT groups was a blow in the fight against the virus.

“This is essentially denial of services to people who are at the highest risk of contracting HIV, there’s going to be a lot of implications,” he said.