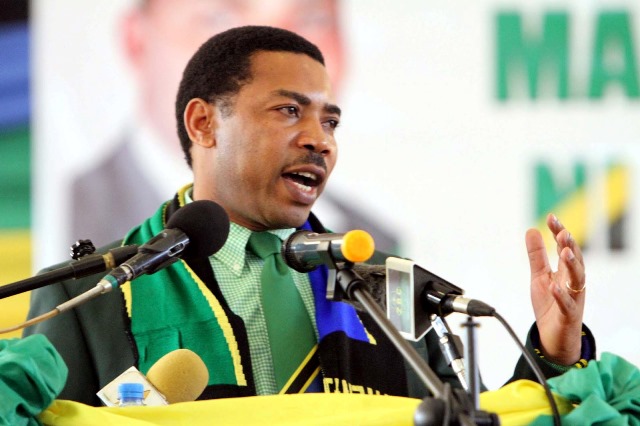 The Tanzanian Minister for Home Affairs, Mr Mwigulu Nchemba, said yesterday that the government would arrest and take to court any person found campaigning for, or supporting homosexuality.

The minister said all nongovernmental organizations (NGOs) that have been using human rights as a facade to campaign for homosexuality must find better things to do, or get ready to face the ‘music’ with their homosexual tendencies.

He added that he fully supported President John Magufuli in making sure the society respects norms and Tanzanian traditional way of life, including the fight against early pregnancies among schoolgirls.

The minister was speaking during a fundraising ceremony for the construction of ‘Mary Mother of Jesus’ Kisasa Parish in Dodoma municipality.

“I would like to use this opportunity to remind and warn all organizations and institutions that campaign and pretend to protect homosexual interests … we are going to arrest whoever is involved and charge them in courts of law,” the minister said, warning that any NGO campaigning for homosexual interests would be de-registered.

The minister also said pregnancies among schoolgirls and homosexuality were against Tanzanian traditions and norms and that the government stands firm in fighting them. He said Tanzanians who are interested in homosexuality and early pregnancies must seek citizenship elsewhere — where such practices are entertained, not on Tanzanian soil.

“Those who are interested in homosexuality should go and live in countries that entertain such businesses … if there’s any organization in the country that supports and campaigns for homosexuality … it shall be deregistered,” he said.

He added that any foreigner living within this country and who is conducting such ‘dirty’ campaign risks arrest and deportation “within no time.” “I can assure you … if we find a foreigner conducting this campaign, he or she will be deported within no time … they will not have even the time to unplug their mobile phones from the socket,” he warned.

Mr Nchemba said President Magufuli’s recent statement on homosexuality and early pregnancies was “an order” to his office (home affairs) and that the implementation started from the time the president issued his statement.

“What the president said are directives and orders to us … it’s not subject to discussion, we do not collect opinion or anything, that is the government stand, no homosexuals, no pregnancies among school children,” he said.

He commended religious leaders for playing a great role in inculcating good ethics across society and ensuring peace and love prevailed in the country.