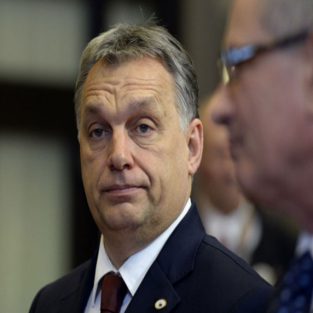 A European agreement to prevent discrimination against LGBT people has been blocked by Hungary.

The Dutch government, which currently holds the EU Presidency, had tabled a draft agreement at the Council of the European Union this week, which called on the European Commission to tackle homophobic and transphobic discrimination, promote measures to advance LGBTI equality, and step up efforts to collect data on the treatment of LGBTI citizens.

The agreement had been well received by the majority of member countries – with Latvia, Lithuania and Poland lifting their initial objections.
However, the agreement was vetoed by the representatives for Hungary who blocked the agreement – the same day it also blocked a proposed deal with Turkey on the migration crisis.

A statement from the country’s right-wing government said: “Hungary is not in the position to agree with the list of actions to advance LGBTI equality.”

The UK’s only Liberal Democrat MEP, Catherine Bearder, told PinkNews in a statement: “The EU has played a vital role in advancing LGBTI rights across the continent in recent year, including by making it illegal to refuse someone a job on the grounds of sexual orientation.
“But the reality is that in some European countries LBGTI people still face daily persecution and discrimination.

“It is a disgrace that governments like Viktor Orban’s in Hungary are blocking progress in this area.
“The UK should use our influence in the EU to ensure LGBT rights are respected across our neighbourhood.”

The agreement had called on the European Commission and member states “to take further action to combat discrimination on the grounds of sexual orientation and gender identity and to conduct awareness-raising to advance LGBTI equality”.
However, it added that it was important to “fully respect the Member States’ national identities and constitutional traditions as well as the competence of the Member States in the field of family law… [while] paying attention to the fundamental rights of LGBTI persons.”