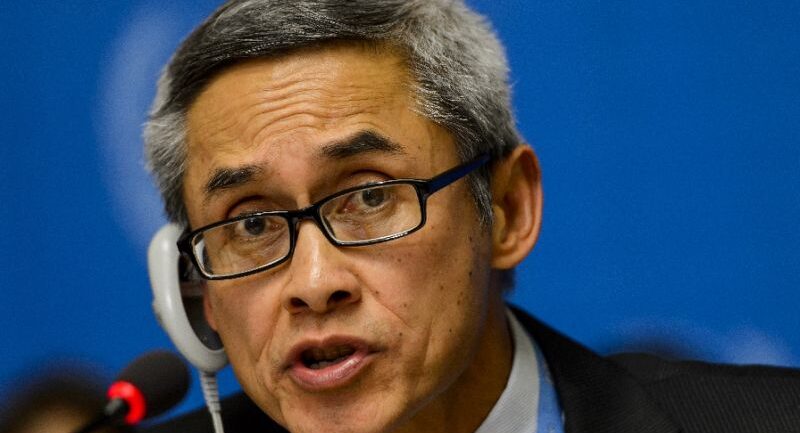 United Nations -African countries on Friday demanded that the appointment of a new UN expert on LGBT rights be suspended, saying his mission to report on anti-gay violence had nothing to do with human rights.

Speaking on behalf of African countries, Botswana’s ambassador told a General Assembly committee that the council should not be looking into “sexual orientation and gender identity”.

“We wish to state that those two notions are not and should not be linked to existing international human rights instruments,” said Charles Ntwaagae.

The 54-nation African Group presented a draft UN resolution demanding consultations on the legality of the new expert’s mandate and said the appointment should be put on hold.

The measure is expected to come up for a vote on Tuesday.

“We therefore call for the suspension of the activities of the appointed independent expert pending the determination of this issue,” said Ntwaagae.

A total of 73 countries – almost 40% of all UN members – still have laws on their books making homosexuality a crime.

In Africa alone, 33 countries have anti-gay laws including Uganda, Nigeria, Sudan and Mauritania.

UN Secretary-General Ban Ki-moon this week said the “tide is turning” in favor of LGBT rights as he received a prize from the Elton John AIDS foundation.

Ban came under fire from many UN member-states including Russia when he decided in 2015 to extend benefits to the same-sex partners of UN employees.

“I like to remind others that LGBT people are just that – they’re people,” Ban said in his acceptance speech.

“They are worth just as much as anyone else. And they are born with the same inalienable rights as everyone else.”

Muntarbhorn, who was appointed for a three-year term, is to carry out country visits, raise allegations of LGBT rights violations with governments and work to protect rights defenders.