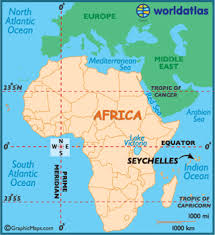 LGBT rights are being advanced across the world, from Colombia to Vietnam, but many countries still have a way to go

Colombia
If you want evidence that the tide of history may be turning irrevocably in the direction of LGBT rights across the world, you need only look to the staunchly Catholic Latin American country of Colombia.

“Equality is unstoppable and equality will also come to Colombia,” said the interior minister, Juan Fernando Cristo, as he announced that his government was in favour of marriage equality.

Same-sex couples are already allowed to enter into legal unions and a case deciding whether to have full marriage equality is currently held up in the country’s constitutional court.

There was good news for the LGBT movement in Colombia late last year, when the constitutional court lifted restrictions on same-sex couples adopting children. The chief justice of the constitutional court, Maria Victoria Calle Correa, said: “Doubts and fears about whether society is ready to accept this decision won’t be dissipated by being blind to an irrefutable reality. A person’s sexual orientation or gender are not in and of themselves indicative of a lack of moral, physical or mental suitability to adopt.”

But for all this progress, obstacles remain. A Pew Research survey from 2014 found 64% of Colombians oppose gay marriage, while significant opposition comes from conservative politicians and the Catholic church.

Jamaica
While Jamaica faces an ongoing battle to repeal the law that criminalises gay sex, its justice minister, Mark Golding, and mayor of Kingston, Angela Brown Burke, have shown their support for a pride event. Newspaper editorials and even a few clergy have also called for equal rights – all milestones lawyer and gay rights activist Maurice Tomlinson says would have been inconceivable a few years ago. 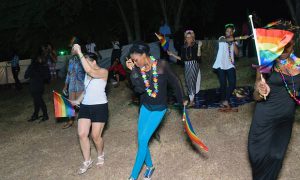 Pride celebrations in Jamaica. Photograph: PRiDE JA
Tomlinson will challenge the country’s anti-sodomy law in court this month. The prime minister hinted at reviewing the law in 2011, but in 2014 stated it was no longer a priority. No one has been prosecuted under the law since 2005, but police allegedly use it to intimidate gay Jamaicans.

Dane Lewis, executive director of J-Flag, believes more LGBT people have been coming out of the shadows over the last year to call for change, rather than relying on allies. “I think one of the big changes has been seeing more sub-groups standing up,” he says. “We’ve now got Transwave, for example.”

LGBT people still face violence and discrimination in Jamaica. And the most powerful voice in opposition to LGBT rights is the church. “Almost everyone goes to church, so they have a captive audience and a lot of political influence,” explains Tomlinson. “Jamaica also had its largest anti-gay protest ever last year.”

This year, the LGBT community would like to see the police take hate crimes more seriously. “Their official line has changed – they say they are anti-homophobic, and more police are going to workshops on LGBT issues, but at the same time no one has been arrested for the murder of Dwayne Jones in 2013,” says Tomlinson.

Lewis says a holistic approach is needed to change mindsets: “The law alone is not going to fix everything but it would send a significant message, our medium-term goal is to win over the hearts and minds of the wider community.”

Mozambique
Mozambique’s gay community had a lot to celebrate in 2015, after their campaign to get homosexuality decriminalised succeeded last June. The revised penal code drops a colonial-era clause outlawing “vices against nature”.

Mozambique is known for having a more relaxed attitude to homosexuality than some other African countries, with Joaquim Chissano, the former president, pointing to the social cost of homophobia in 2014: “We can no longer afford to discriminate against people on the basis of age, sex, ethnicity, migrant status, sexual orientation and gender identity, or any other basis – we need to unleash the full potential of everyone.”

However, Lambda, the country’s only gay rights organisation, which fought for the law change and provide counselling, legal assistance and health advice, is still waiting for official recognition from the government after lobbying them for seven years. Registration would mean access to funding and tax exemption status, and would be another step towards acceptance for the country’s LGBT community.

“That is the battle we have next,” said Carina Capitine, spokesperson for Lambda. “A lot of people are asking about marriage or adoption but we can’t think about that yet. Our registration is the key thing for us. We are all pushing and believe we will have it soon.” 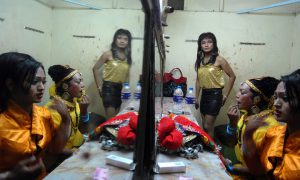 Nepalese transgender people get ready for a performance to mark the International day against homophobia in Kathmandu, Nepal. Photograph: Narendra Shrestha/EPA

Nepal has been on path to recognising the rights of its LGBT community since the country’s civil conflict ended in 2006. But last year, the Himalayan country made history when it joined only a handful of countries in recognising a third gender on passports.

The landmark decision allowed transgender people to mark their passport with an O for indeterminate gender, instead of an M or F. It’s important because it allows individuals to self-identify their gender rather than relying on what was put on their birth certificate, and it recognises the rights of hijras, a transgender community who have a long cultural history in Nepal.

Even more significant than recent achievements for trans rights. Last September, the traditionally conservative nation enshrined protections for LGBT people in it’s constitution. The Human Rights Campaign in Asia called it “a historic first for a nation in Asia”. Sunil Babu Pant, LGBT rights campaigner and Nepal’s first openly gay MP, has been instrumental in making this progress.

Human Rights Watch researcher Kyle Knight points out, Nepal is in many ways a long way from realising many of its human rights obligations, but in the case of its LGBT citizens it appears to be on a path to progress.

Activists in Taiwan are cautiously optimistic that the next few years will see further expansion of LGBT rights as the country. “It’s hugely positive for us is that our newly-elected president personally supports same-sex marriage but it’s still not clear whether the marriage equality bill will become law,” adds Victoria Hsu, chief executive officer of the Taiwan Alliance to Promote Civil Partnership Rights. “This is because there are some small religious groups, that while only minorities, are very strong opponents with a lot of money and political influence.”

Hsu says the progress made at local government level is encouraging. Same-sex couples can now record their partnerships at household registration offices in Taipei. This gives gay couples the chance to assert their rights in some situations, such as being able to give consent if their partner needs emergency surgery. Hsu is currently lobbying Taipei’s politicians to go a step further, asking them to give same-sex couples the same social housing rights as straight couples and to open up equal opportunities for government employees.

Hsu acknowledges the community still faces significant challenges though: “Some people think because we’ve got the biggest gay pride event in Asia, Taiwan must be the most gay friendly place in Asia but that’s an illusion in a sense – we’ve still got problems with the police, who traditionally link the gay community to drugs, some politicians, and a lot of people protesting against gay marriage.” 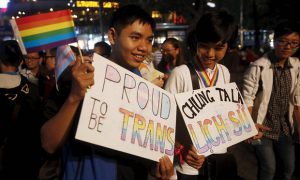